Labuan Airmail covers and the KLM Amsterdam to Batavia service

Air mail covers are generally much desired items of postal history. Straits stamps on covers originating from Labuan are very much in demand. There are a few covers addressed to Lampeter in Wales and two examples are shown here. 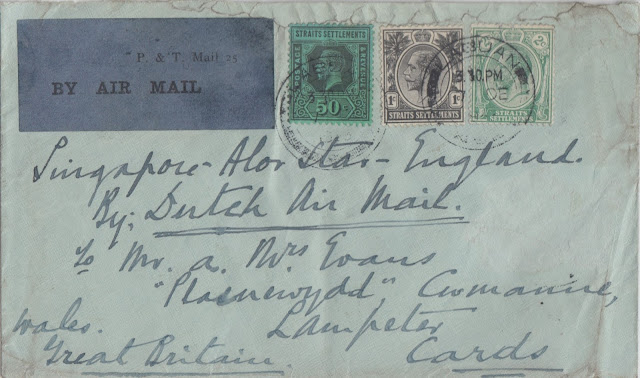 This one has a faint date for December 1933. It has the correct rate of 45c air fee and 8c Imperial post making a total of 53c. This cover was carried by the KLM service from Alor Star to Amsterdam and then to England. It was initially sent by surface mail from Labuan to Singapore and then Alor Star with the stage between Singapore and Kuala Lumpur by train. 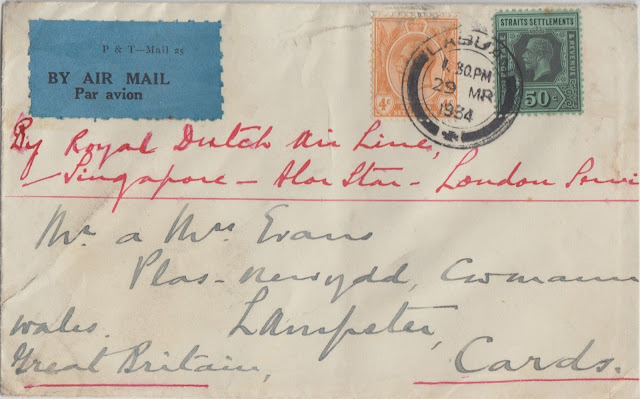 Towards the end of 1933, KLM introduced an all inclusive rate of 55c  for ordinary mail. The above cover for 29 MR 1934 was 1c underpaid but bears no T mark nor any attempt to reclaim this. It has a different air mail label being smaller than the earlier label.
The KLM service from Amsterdam to Batavia, including the main stops of Karachi, Alor star and Medan, was started in September 1929. Initially, the planes used were made by Fokker but was later switched to the faster US manufactured Douglas DC 2 and DC 3. Imperial Airways started experimental flights from London to Darwin in Australia 2 years later in April 1931. Prior to that, Imperial Airways commenced a mail carriage service from London to Karachi in August 1929. Even though Imperial Airways was cheaper with an initial air fee charge of 20c, the KLM route was still used because it was much faster.
The earliest air mail cover from North Borneo that I know of and which was sent in March 1931, is likely to be featured in an article in the Sarawak Journal in September/October this year. It was carried on the Imperial Karachi to London route. 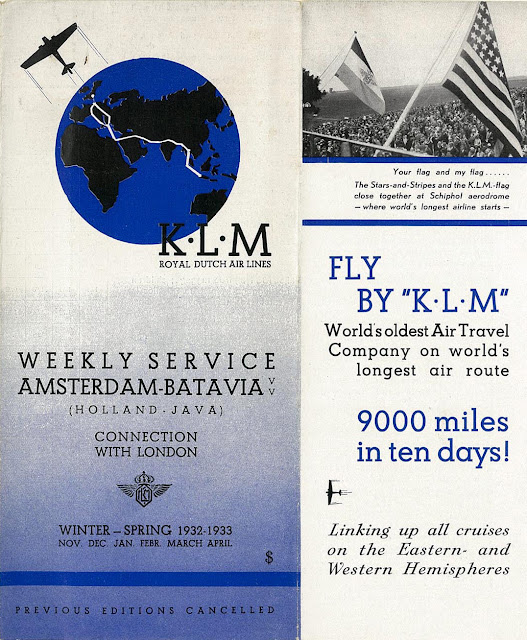 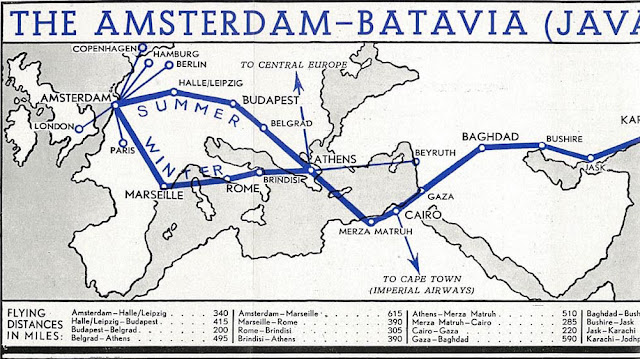 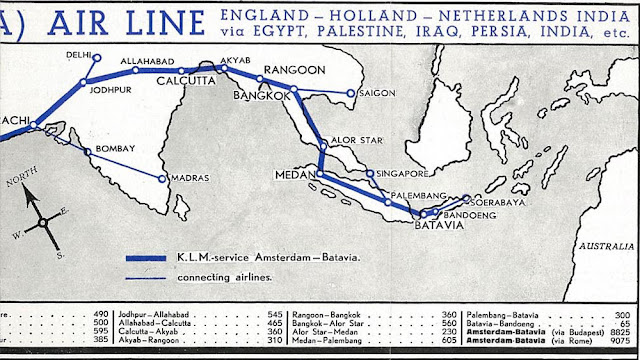 The route map in two parts as it is too wide to be seen clearly on screen. It was a journey that took 10 days from Amsterdam to Batavia. 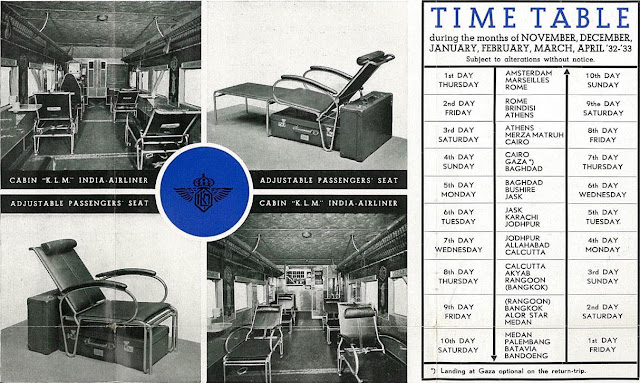 There was only room for up to 4 passengers. The rest of the carriage was for mail and freight. The individual airfare from Amsterdam to Alor Star was US$576 on the fares table in this information folder. But this was fully inclusive of board and lodging during stops. Those chairs were a very long way from satisfying health and safety standards nowadays. I wonder what happened when the plane wobbled in any weather. There were also no air steward or stewardess and so one probably has to bring along food as well even though drinks and refreshments are provided. There is a lot of other interesting information in this leaflet.